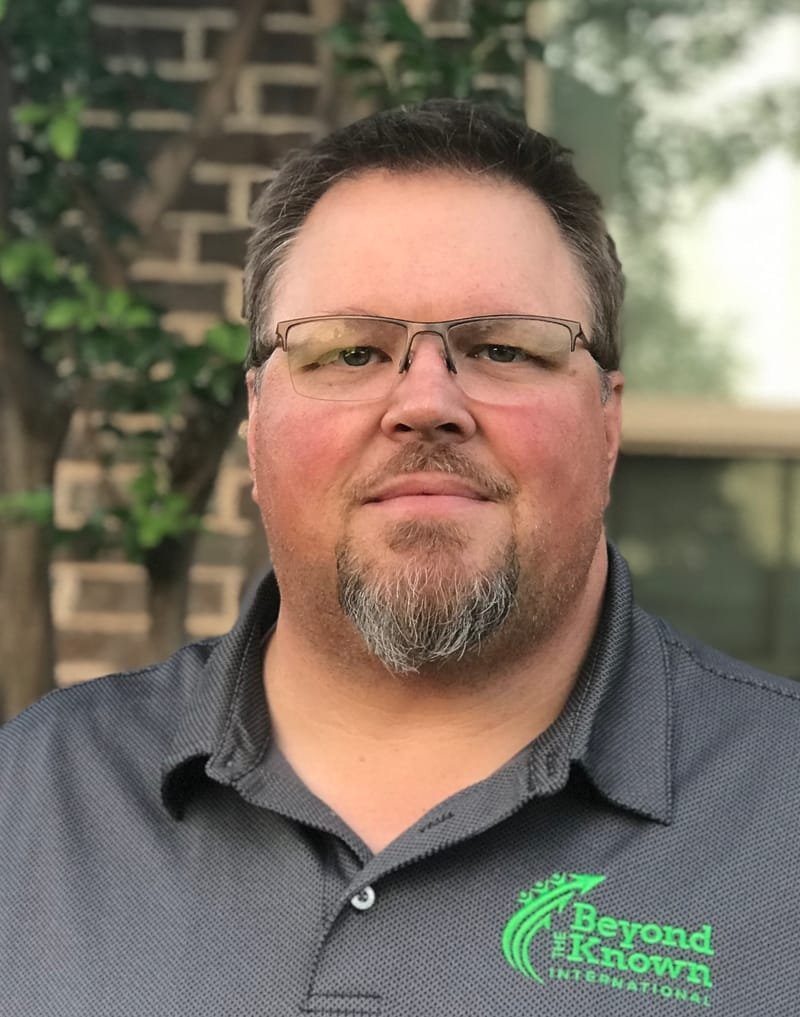 Craig Norton is the Founder and Chief Executive Officer of Beyond The Known International, a faith based, non-profit organization that exists to develop and support relational based training processes that empower community leaders to:

Family is a priority for Craig. Married to his wife Rhonda for over 23 years, they have served God side by side in unity. Intentionally investing and serving each other and their family is a commitment they have made. Craig and Rhonda have two children, Victoria who is in college studying elementary education and Parker who is in high school. This demonstrated life of service to God and others has been passed along to their children.  As a family they have invested in serving others globally in an intentional way.  Whether it is serving the homeless on the streets of Fort Worth Texas or building homes in poverty stricken Central America, they are committed to serving others together as a family.

Each step along the way leaders have poured into the lives of the Norton family.  Craig saw leadership demonstrated at an early age through the Boy Scouts.  He became an Eagle Scout at age 14 and began serving at a local, regional and national level within the Boy Scouts of America and sharing his leadership abilities with those around him.  This gifting in leadership continued through Craigs early days in the corporate marketplace as he was able to lead teams and build successful organizations in business and industry.  For over 20 years his life of leadership and service to others has been demonstrated at home to his family, in his career to his co-workers and in his church and organizations he served.

In 2012 Craig answered a call on his life to full-time ministry as the Executive Pastor of Harvest Church in Fort Worth, TX.  This opportunity to step into leadership of local church was the most challenging opportunity Craig ever accepted.  The experience he found in leading in the local church environment allowed for not only using his individual leadership skills but also the importance of empowering volunteer leaders.  Craigs ability to empower those around him to excel in their giftedness and advance the local church allowed for kingdom advancement.

In 2018 God called Craig to start a new journey in his leadership.  With the founding of Beyond The Known International, Craig is now leading an organization that engages people where they are, equips them with the tools they need and empowers to lead generational change in the context of local communities and organizations.  Beyond The Known International and BTK Costa Rica are under Craigs leadership today and making a difference in the communities where they are located.

Craigs love for people and his desire to build lasting relationships that invest in those around him are a hallmark of his leadership.  This influence is impacting leaders across the world on a daily bases.